How to have a sucessful Gala – Conference? 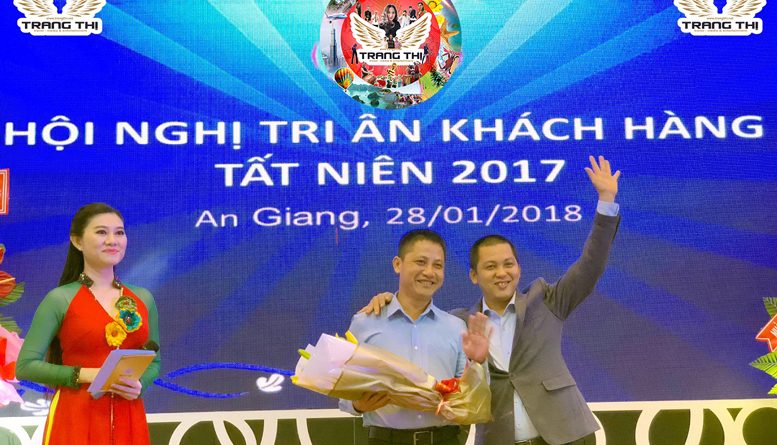 How to have a sucessful Gala – Conference?

You sit below enjoying the Gala night with joy, excitement, applause, compliment the whole MC, compliment the glorious – alert – vivacious MC. After the party, you take the initiative of the phone number of the MC to call when needed.

But did you know that for a successful Gala – Conference – monumental, not only the MC managed by the company, but also a team.

During the party, the MC is the main spokesperson, narrator, host of the show, and is the bridge between the night of the party and the audience. However, for the show to successful success, it is necessary to have a team of Logistics, dancers, singers, Editors and especially Directors.

With TRANG THI media, customers only need to “talk” (packed in 5 minutes) for the night of the party, and the director will be the one to set up the Gala Dinner script, the content of the MC’s speech, the stage design ideas, the ideas running equipment, banquet space design, program logic, appearance of delegates, singers, browsing stage games, mixing music, lighting, fireworks, operating activities of multiple sets during the gala night so that the program runs smoothly.

And a Gala dinner is like a live TV – there is no room for error and redo..

In general, the MC is the one who talks, jokes, and follows the direction of the Director, to ensure that the night takes place according to the nature of the party owner.

A film, when the advertisement is always the name of the director, appears right after the film’s name, and the new actor’s name comes after.

AVENGERS: Endgames. Director Joe Russo made the highest-grossing film in history. Or Zhang Yimou has raised the level of Chinese cinema; James Cameron with Titanic and Avatar, has been a legendary name of Hollywood and the world.

Who will elevate your Conference?